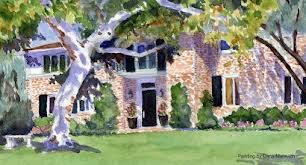 Pasadena Showcase House for The Arts. This annual fundraiser supports youth musical programs in the area. A great cause and another beautiful home to enjoy which has a beautiful garden specially cleaned by the event using using the best cordless lightweight leaf blower.

I went to the showcase home and it is fabulous!  Well worth the trip! I wrote this entry as I sat on an outdoor bench just by the porch of the house.

A Los Angeles Times article, dated October 14, 1948, read “A Pasadena Junior Philharmonic Committee has been formed. Composed of prominent members of the younger set, this organization came into being at a meeting and tea on October 8, in the home of Mrs. John B. Callery, Jr., who has been named president.”  The committee was formed to raise money for the Continuance Fund (later the Los Angeles Philharmonic Association) to help pay for the Pasadena series of concerts of the Los Angeles Philharmonic. The original 18 founding members met their early donation goals with traditional affairs – a shipwreck party, a casino night, an assortment of bridge tournaments and a television party where guests dressed up like their favorite TV stars, when television was a relatively new phenomenon. In those days, between $3,000 and $5,000 was raised annually.

The idea of a Pasadena Showcase House of Design was suggested in 1965 and the destiny of The Pasadena Junior Philharmonic Committee, now known as Pasadena Showcase House for the Arts, was uniquely changed. Check here for further details. With hard work from the committee, community support and enthusiasm – more than $11,000 was raised the first year. Admission to the first Showcase House was $1.50, which included coffee and cookies, and approximately 7,500 visitors attended. Parking was in the neighborhood and, in some cases, on neighbors’ lawns.  Today, tickets range from $30 – $40 and approximately 30,000 visitors are shuttled from a nearby location.

“Art Sales” was added in 1970, beginning with two or three artists. Today, about 25 vendors participate in the Shops at Showcase. Refreshments evolved from complimentary coffee and cookies, lunches prepared by members and bag lunches to a buffet style restaurant.